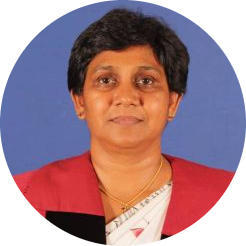 Southern Campus of General Sir John Kotelawala Defence University was established in 2015 with two faculties namely, Faculty of Built Environment and Spatial Sciences, and the Faculty of Computing was added at a later stage. In the proposed plan for the Southern Campus, there were two units which were the Industrial Training Unit and the English Language Teaching Unit (ELTU). English Language Teaching Unit is a separate independent unit of the KDU Southern Campus, which functions under the purview of Department of Languages KDU. The ELTU has become operational since September 2016, and back then it had only two permanent staff members. Prior to its implementation, the language teaching and learning requirements of the Southern wing undergraduates were fulfilled by the visiting lecturers from the Department of Languages, KDU Ratmalana. The ELTU conducts lectures for the Department of IT/IS of the Faculty of Computing and the three departments (Surveying Sciences, Architecture & Quantity Surveying) of the Faculty of Built Environment and Spatial Sciences. It is vested with the responsibility of imparting English Language Skills for any faculty to be established within the Southern Campus in the time to come.

In addition to teaching within the Campus, the ELTU has carried out CSR activities of teaching for police officers at Sewanagala Police Station and for monks at Karandulena Hermitage. Further, it conducts special workshops for the military personnel of the Faculty of Defense upon request. The ELTU of Southern Campus oversees all the vital correspondence of the Faculties, Committees and the Campus, including the newsletter, web articles and research conferences.

The present staff strength of the ELTU is two probationary lecturers and two instructors. A coordinator who functions under the purview of Head, Department of Languages, KDU, has also been appointed by the Vice Chancellor to manage all the administrative and academic tasks of the unit. I wish you all the best with your future endeavors.